Last week my son wanted to play with some putty we have. You can bake it so it goes hard and he independently created a rather good little penguin. He named it Paygoh. He said “Next Wednesday will be his birthday because I made him today [Wednesday]”. I didn’t think much of it. His little penguin bounced around the house for a week and then yesterday he announced it was Paygo’s birthday party. He had remembered.

He set to work making him a birthday poster. A little family tradition we have of decorating the kitchen the night before a birthday with pictures and posters of things that person likes. We all love tractors in our house (because of his love for them) and a tractor often makes it on to these birthday posters.

Naturally he drew a John Deere (his favourite) and threaded string through the holes to make a sign.

At this point I started asking questions about his party intentions. What was he planning? Did he need any help? What does a party need? “Bunting!” He is is mother’s son.

He asked for help with making bunting. He chose the colours he wanted, the pattern he wanted the colours to go in. We discussed the shape and size. So much mathematical vocabulary in one activity! I stuck the pieces onto the string as he found this hard and together we hung it up outside.

He needed a ‘Happy Birthday’ sign so asked me to write the words so he didn’t spell it wrong. He diligently copied it out and then stuck it on the door.

“A cake! We need cake!” So we set to work finding a recipe that fitted with the ingredients we had. Alice pointed out that we had pears and could make a pear cake so together we made a beautiful pear and bay upside down cake from the fabulous (and my go to) cook book The Five O’Clock Apron by Claire Thomson. 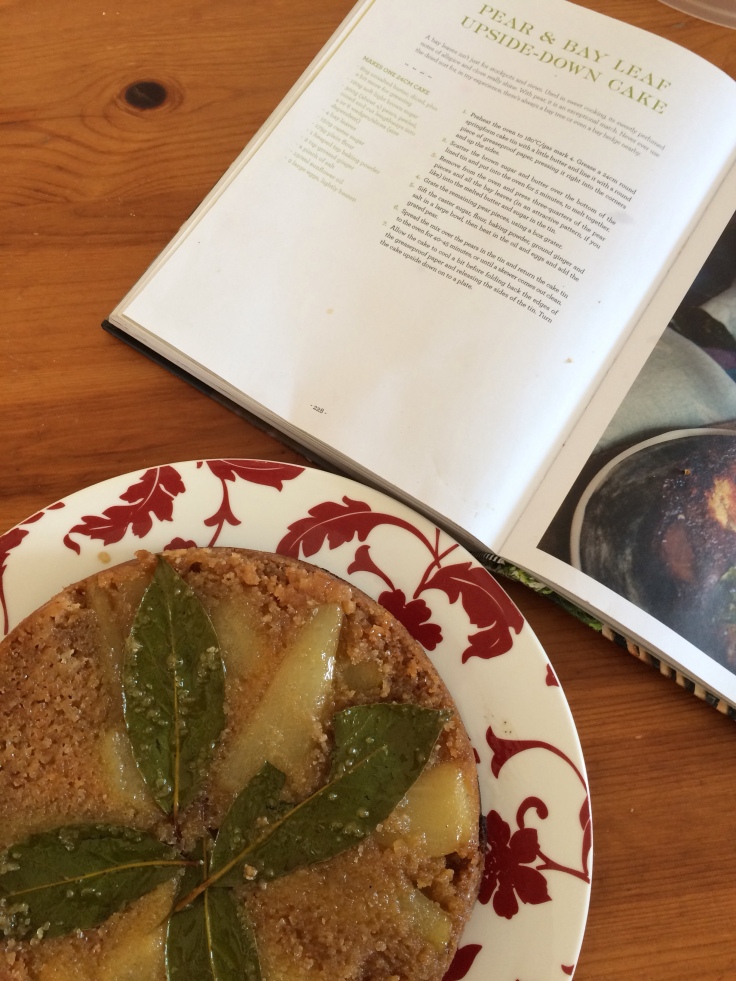 At 2 o’clock (designated party time) the outside table was decorated, the cake laid out and ready. We lit a candle, sang happy birthday to a plastic penguin, invited a goat, played musical bumps and danced round the garden to reggae and River Dance.

It was odd, I won’t lie, but upon reflection, it was a beautiful day full of learning that stemmed completely from Joseph. It was all his ideas, he was full of enthusiasm, he had a focus, an intention and because of this he was able to learn so much. I believe that at this age, allowing children the freedom to follow their own learning agenda is truly beneficial and actually opens them up to a host of knowledge they may not receive if they are told what to learn.

As a side note I am really excited about home educating come September and looking forward to many more days like this.