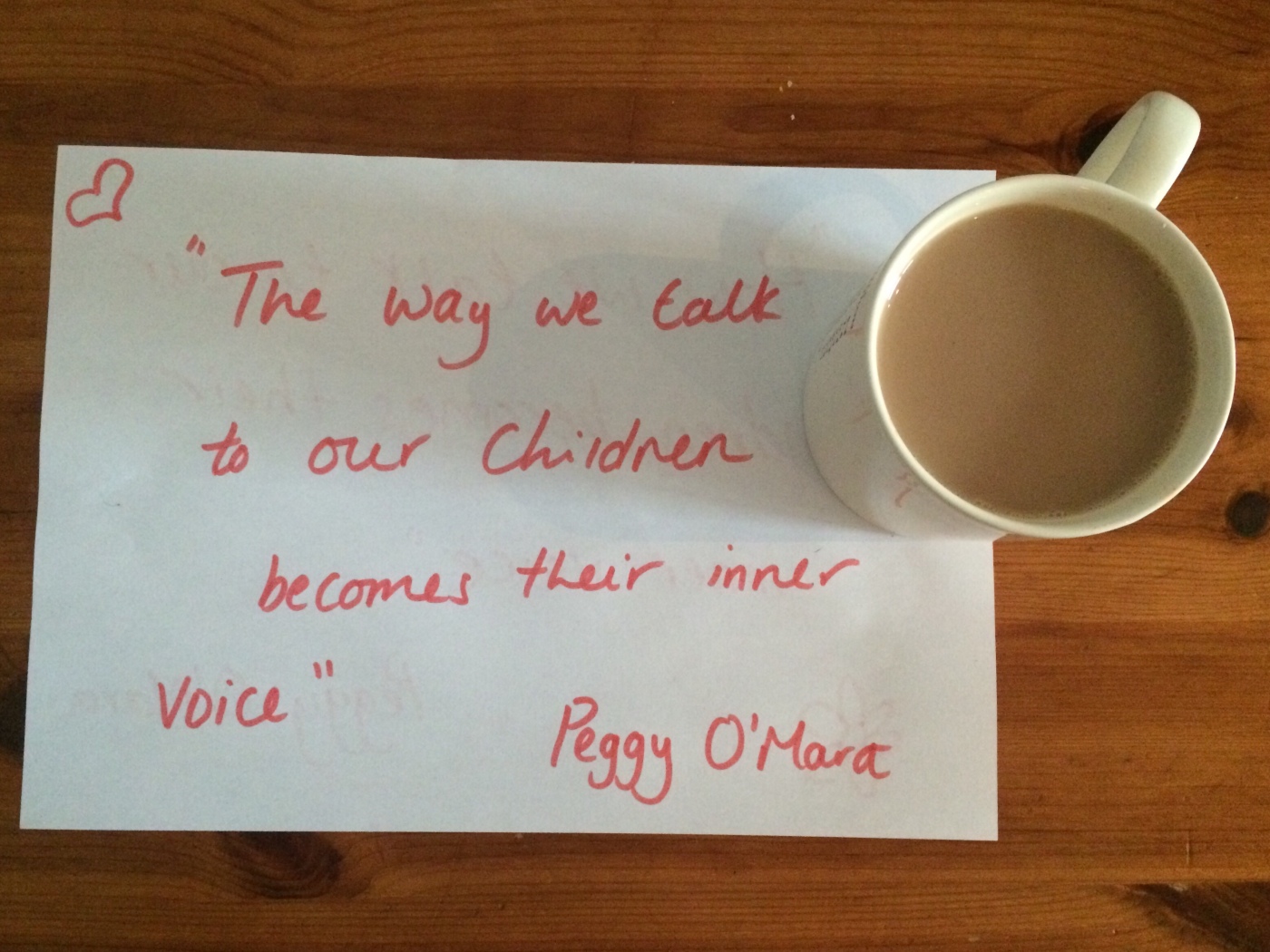 This quote often gets banded round the Internet in lovely twirly calligraphy fonts but how many of us stop and take on board what is being said here?

O’Mara, who said the words in the first place, is right of course. Our language to our children, the things we say and the way we say it, is so important. It actually shapes their brains and until they are old enough to “…narrate [their] own stories in a clear and coherent way” (The Yes Brain Child, D. Siegel and T. Payne Bryson) they are at the mercy of our parenting voice.

This rings so true for me and I am glad that, as a parent myself, I am able to look back at certain times in my childhood and then consciously not recreate them for my children. I remember a particularly painful experience that shaped how I viewed my ability to play the clarinet when I was a child. My Dad had often told me that his favourite piece for clarinet was ‘Stranger on the Shore’ by Acker Bilk. He told me this once I started learning age eight. I never heard him listen to it but he kept telling me as I got older and continued learning to play the clarinet. When I was about eleven I asked my teacher for the music. I practiced and practiced and then sat my Dad down to share with him his favourite piece. I played it as well as I could and then, looking at him expectantly once I’d finished, he said, “I thought you would have been able to have played better than that”. I was broken. I can still see him sat on the sofa, the light dim around him. I can still feel that raw pang of hurt. That, probably rather flippant comment, stayed with me. When I was in my teens and playing in the school orchestra and jazz band I would always think and sometimes say out loud that I wasn’t good enough.

I wouldn’t want to practice much after that which made my parents exasperated. But why would I, if after all that, I was told that I should have been better?

Things like that have stuck with me and act as a reminder to think before I speak, that words matter so much and they stick around in the minds of our children for much longer than we care to imagine.

So I try to consciously speak to my children in a way I hope won’t hinder them. I’ve just finished reading ‘The Yes Brain Child’ (which I highly recommend) and this has now given the quote, “How you talk to you children becomes their inner voice” a solid foundation. How it shapes their brains making them into strong, resilient, empathetic people or not.

It is so important, therefore, to be conscious of what we say to our children because what they think of themselves is significantly influenced by how they think their parents view them. Your voice, whether gentle and kind, empathic and warm, or strident and harsh, becomes a big part of their inner voice. They treat themselves the way they have been treated.

There has been lots written on the subject which I aim to delve into in more detail especially fixed and growth mindsets. I don’t believe it’s ever too late to learn and am grateful that this parenting journey forces me to come head to head with issues I’ve carried with me since childhood.

I am learning to retrain my brain, to reestablish an inner voice and in doing so, give my children an inner voice that they can rely on, guiding them to be balanced and resilient. 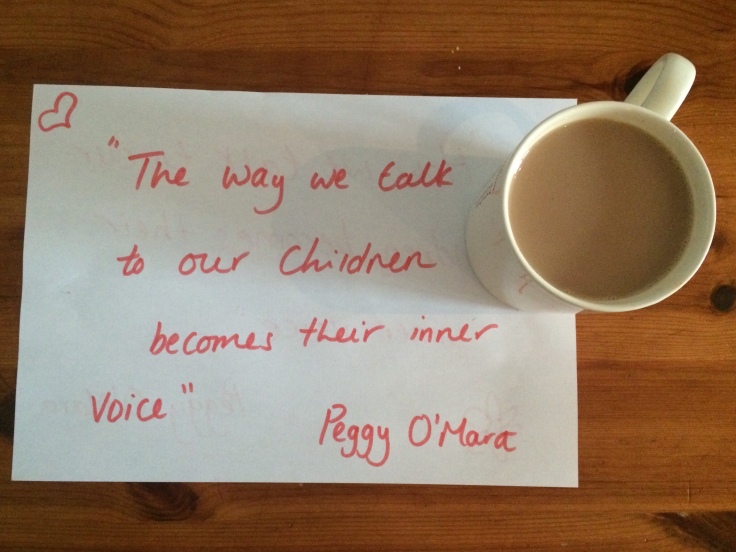 *I would like to note that my childhood wasn’t full of times like I’ve described above and there are positive voices too. But I think that it is prevalent that the negative ones come to mind so quickly.